New EdenPURE 2PAC provides a Paradise Climate in your home

Destroys 99.9% of air pollution including viruses and black mold

The new EdenPURE® 2PAC can provide you a Paradise Air in your home. It destroys deadly viruses and black mold.

It has these 2 super products: 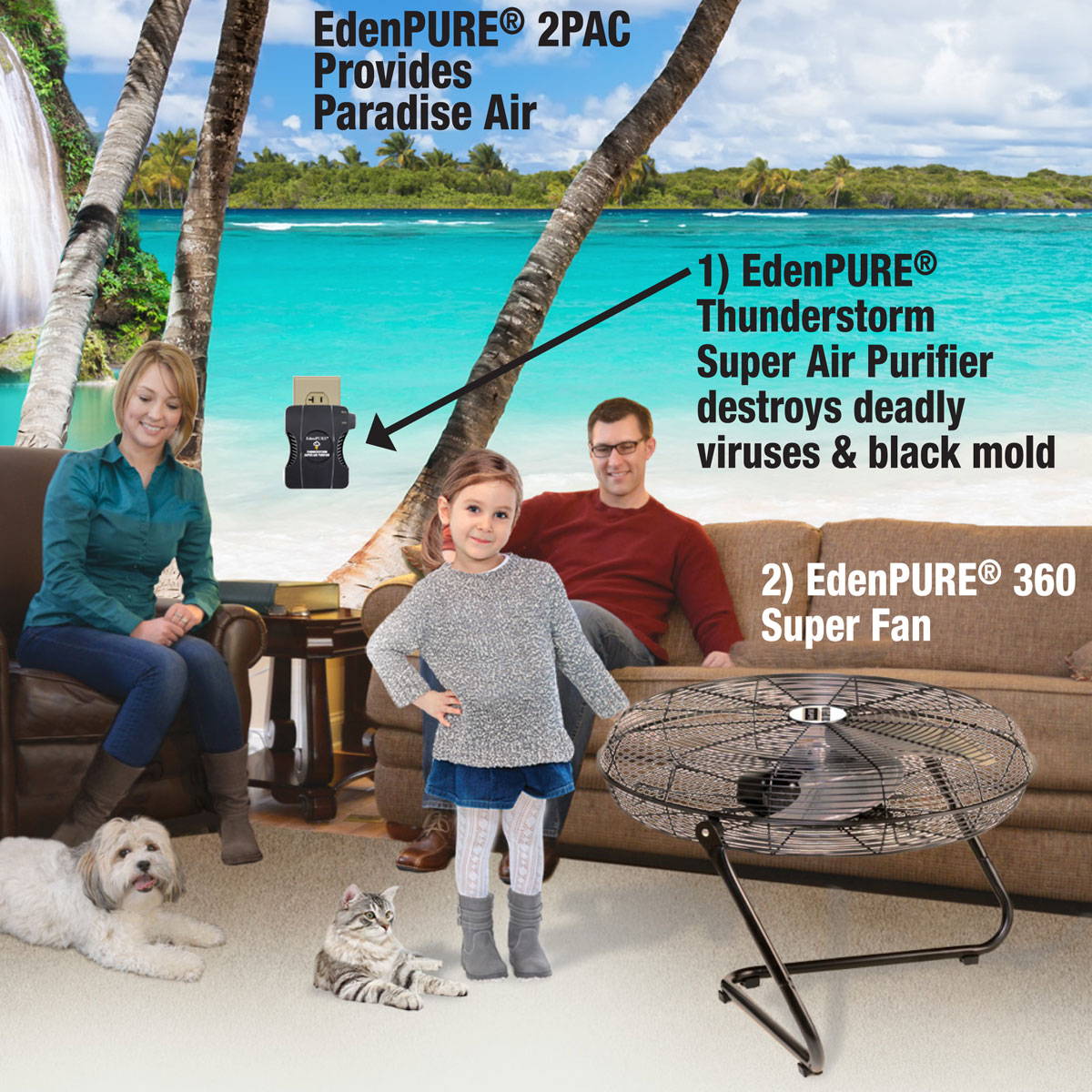 Safe around children and pets.

The EdenPURE® 360 Super Fan™ cools over 311% better than a ceiling fan. Yet, you can take it to any room or anywhere. It sucks in the coolest air in the room from the floor. It puts out cooler feeling air than it takes in. It drops the True Feel Temperature in the area by -33° with wind chill.

The EdenPURE® Portable 360 Super Fan™ can change a 90° temperature in an area to a 57° True Feel Temperature in 15 seconds. You can then turn up your home thermostat to 90°, which greatly reduces or completely stops the operation time of your air conditioner. But, you will be cool and comfortable in the room with your Super Fan.

The EdenPURE® Portable 360 Super Fan™ only costs $10.48 a month in electricity running 12 hours a day, and $20.96 running all day, every day for a month. That’s a huge savings on your electric bills.

The EdenPURE® OxiLeaf II Thunderstorm Super Air Purifier™ destroys airborne contagious viruses. HEPA air purifiers do not destroy viruses. It also destroys black mold air pollution which has been linked to Alzheimer’s cancer and many other serious health problems that HEPAs do not destroy.

Vertical Position: Moves air 360 degrees better than ceiling fans. The cooled air on the floor bounces off the ceiling and down to fill the room with circulating cool air. 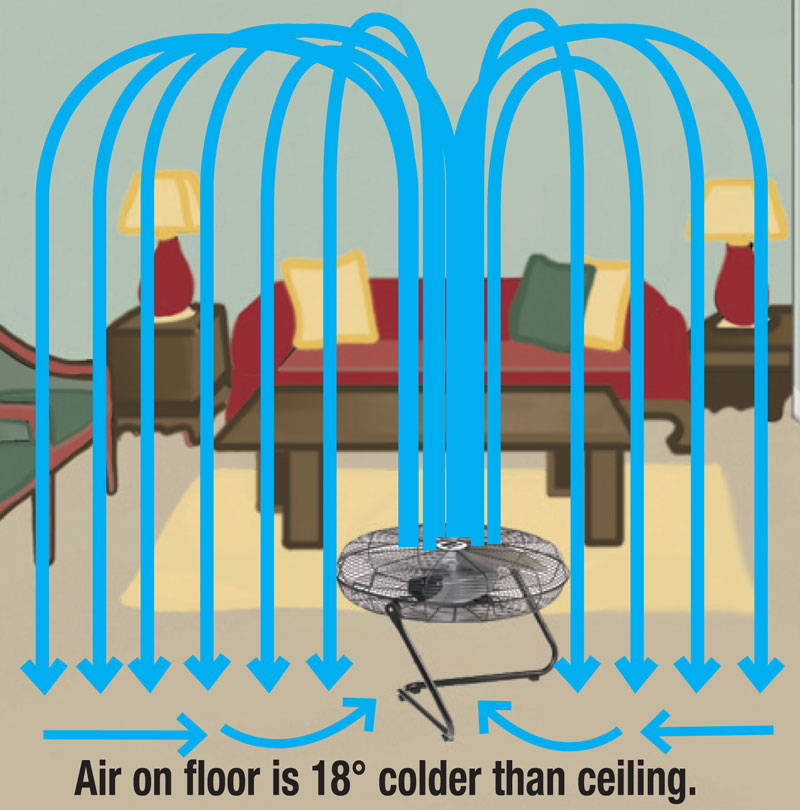 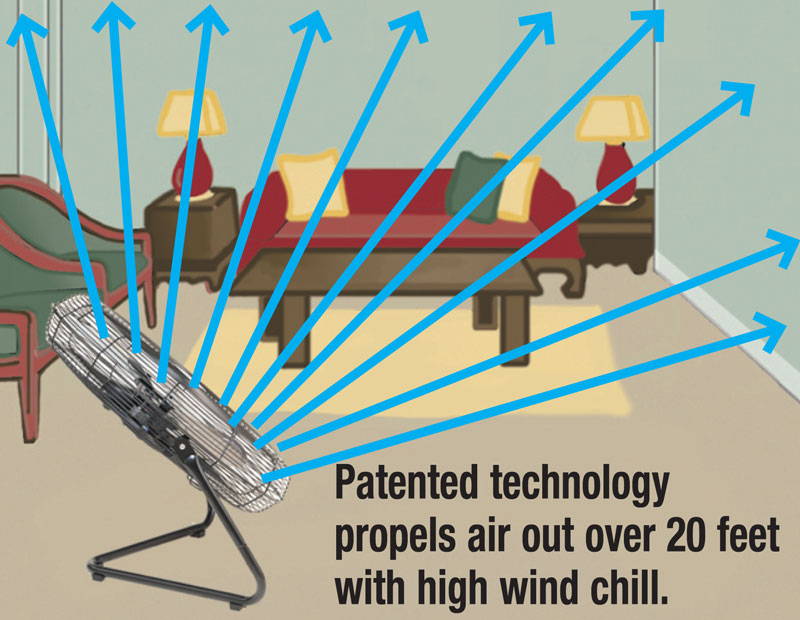 Most homes have black mold air pollution which is mainly produced by air conditioner condensation. It also destroys over 100 harmful pollutants that other air purifiers do not.

It also destroys virtually all pollutants, organic and inorganic, including all viruses, mold and toxic gasses. It relieves allergies and sinus problems caused by air pollution. 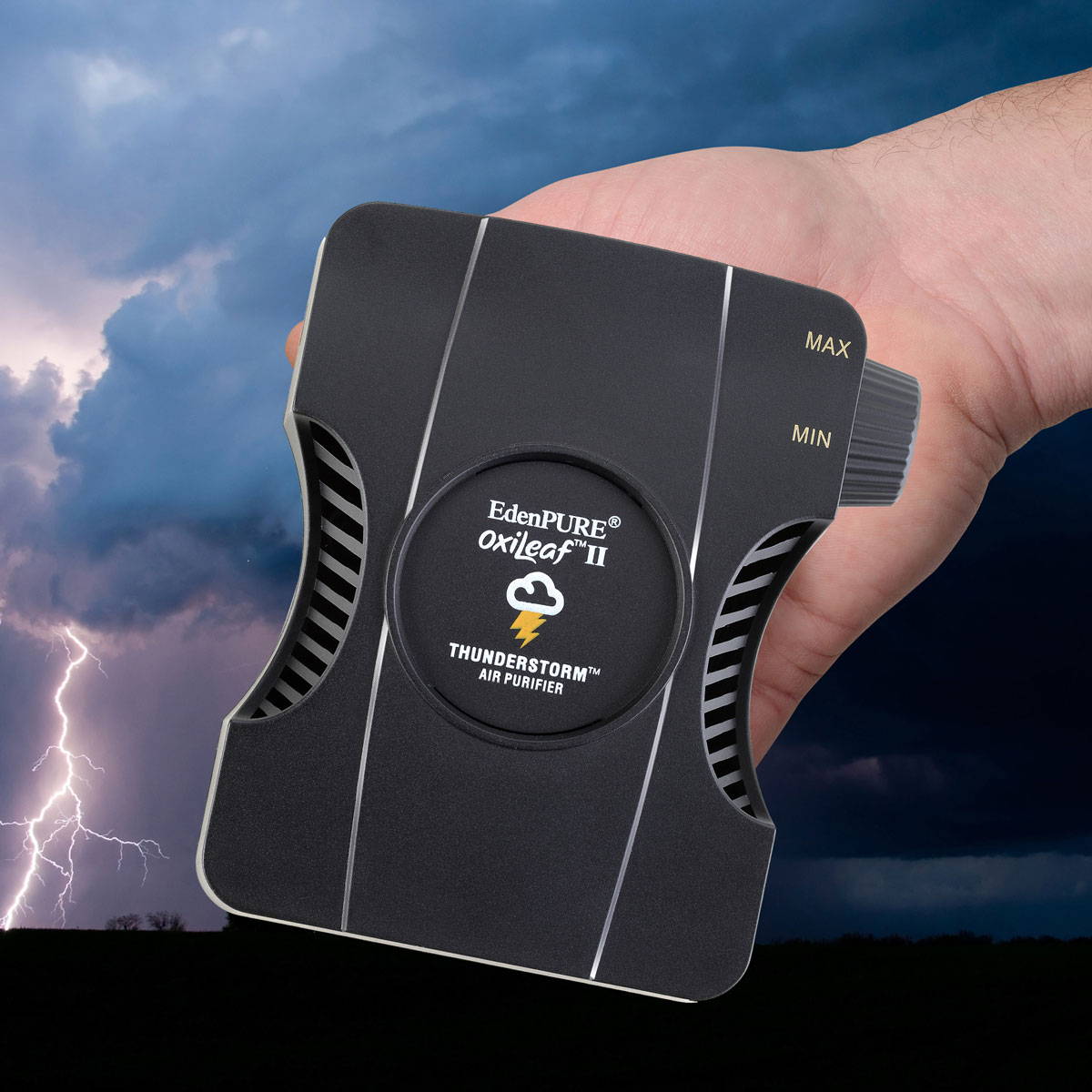 No filters to replace. Just plug it into an electrical outlet and forget it.

Super High-Tech compact, it fits in the palm of your hand

The EdenPURE® Thunderstorm Super Air Purifier purifies the air like a thunderstorm and destroys viruses. 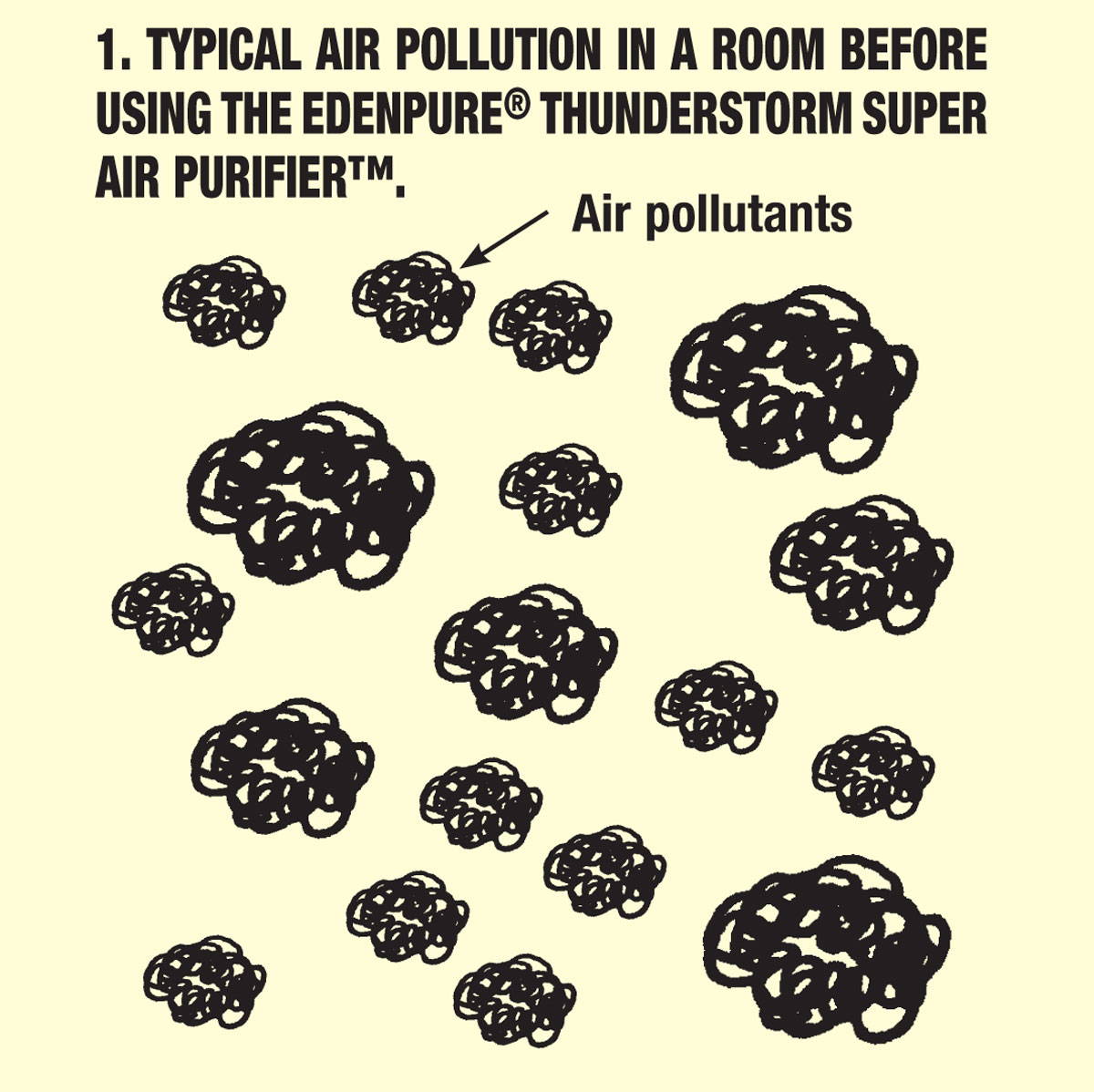 The best HEPA filters weigh 30 to 40 lbs. and have a noise level of up to 80 decibels, which is about that of a leaf blower. The new high-tech EdenPURE® OxiLeaf II Thunderstorm Super Air Purifier™ measures only 5 1/8” x 4 3/8” x 2” and runs almost silent. It fits in the palm of your hand like your iPhone, so it is perfect for travel. It can be used to wipe out odors from gym bags, cars, pet areas, stinky shoes, closets, musty basement and your worst cooking odors.

The EdenPURE® 2PAC comes with a 1 year warranty and a 30-day Satisfaction Guarantee. It is not a purchase. It is an investment that will give a thousand percent return on investment. It does not cost, it pays. 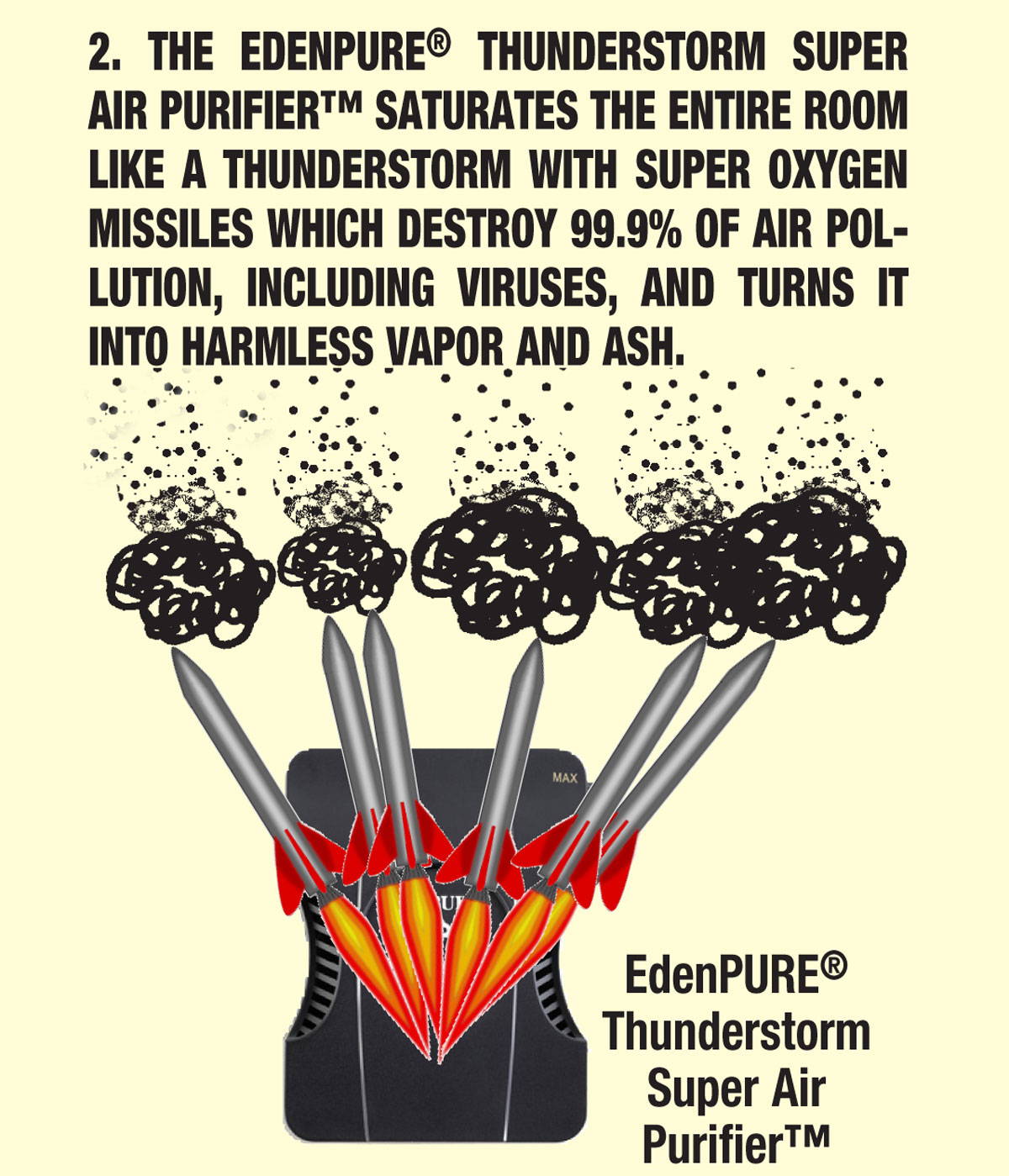 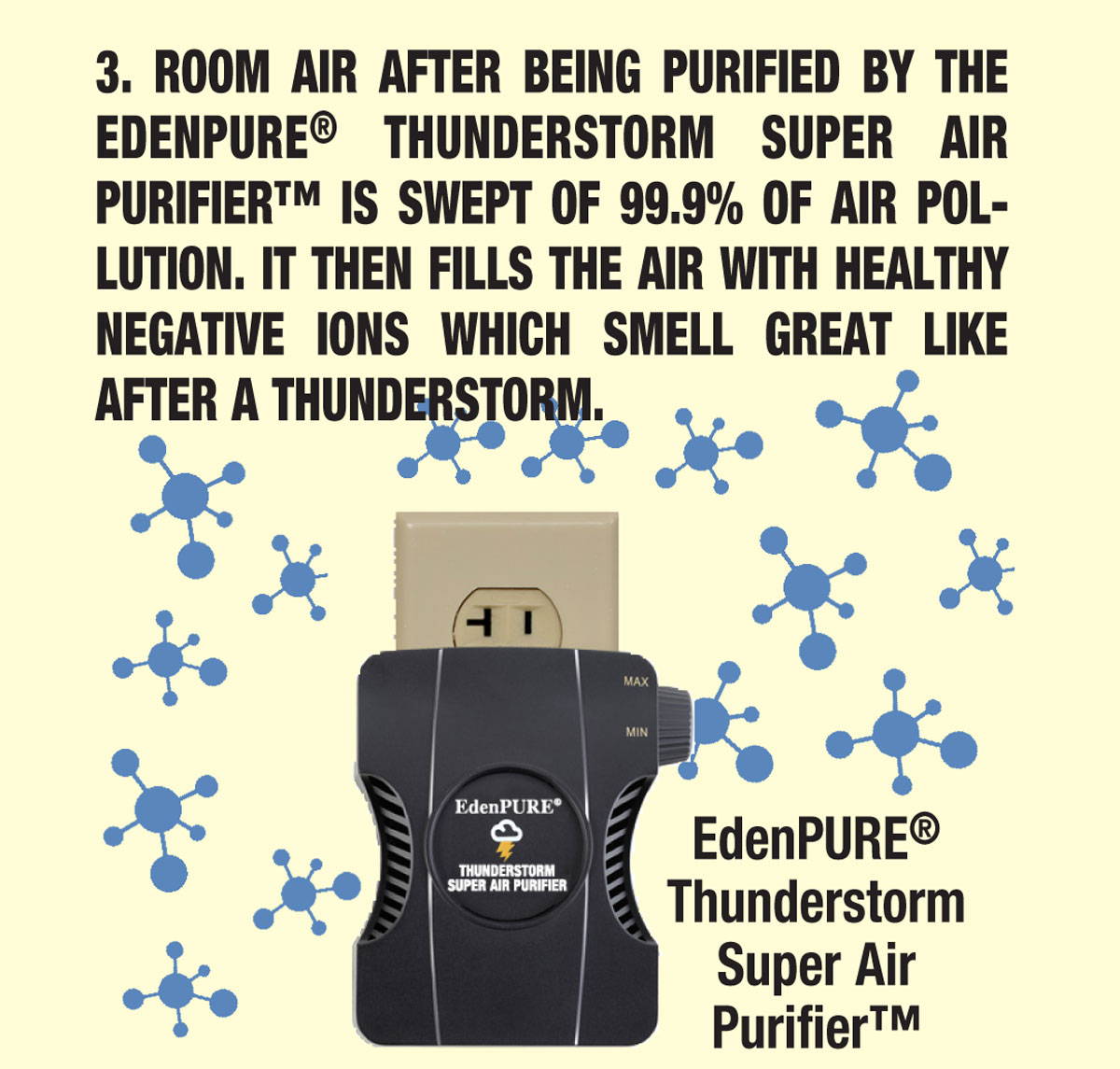 Why pay much more and get much less?

The Dyson Pure HP04 also claims to be an air purifier. However, all it has is a cheap filter, which only filters out a little more than dust. The EdenPURE® Paradise Air 2PAC destroys 99.9% of all pollution, including viruses, like Nature’s Thunderstorm.

When you compare the EdenPURE® Paradise Air 2PAC versus the Dyson Pure HP04, there is no comparison. 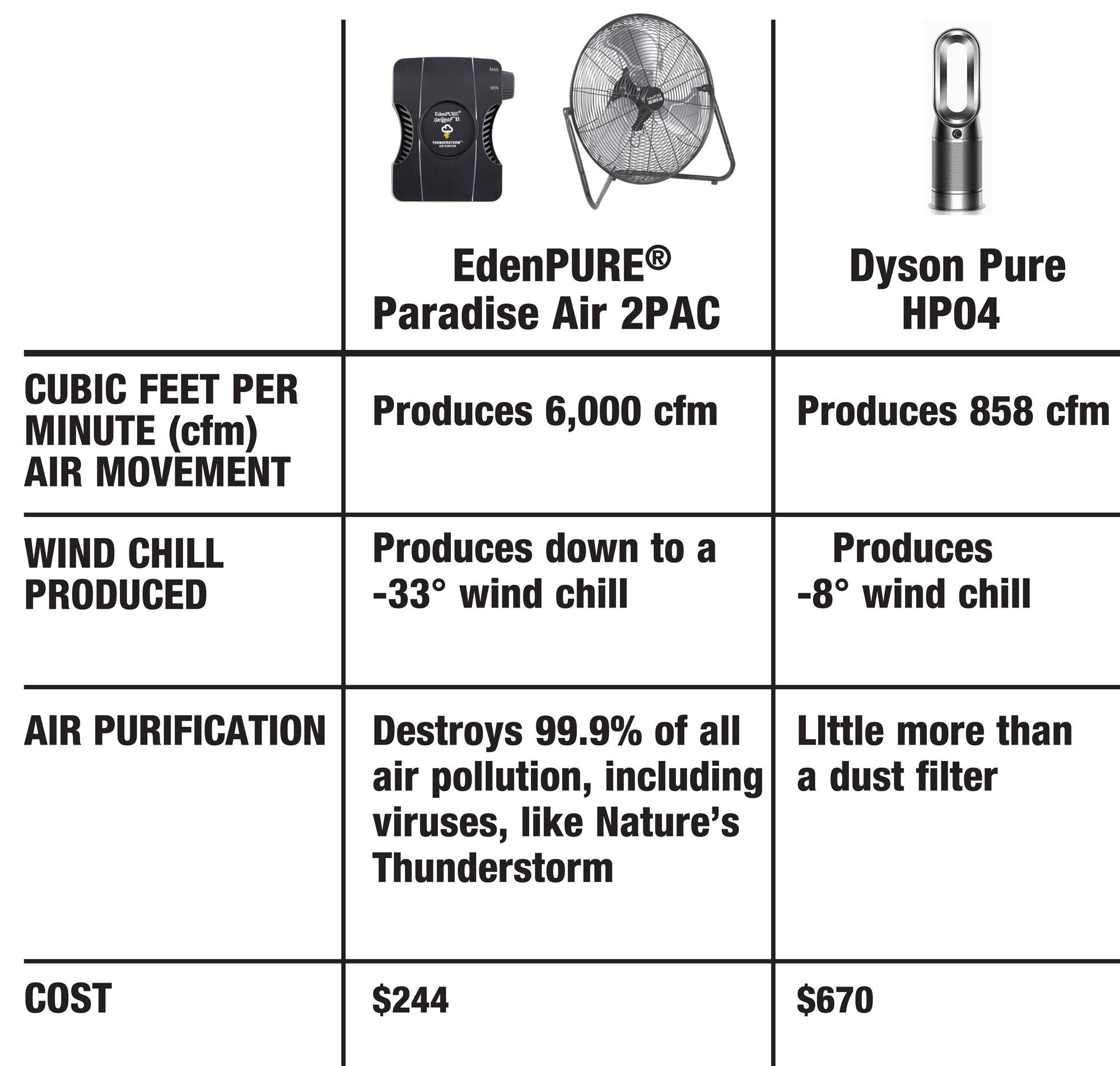 Satisfaction Guaranteed. The EdenPURE® Paradise Air 2PAC Package has a 30-day satisfaction guarantee. If for any reason you are not totally satisfied after 30 days, you may request and receive every cent of your purchase price back, no questions asked.

• To order the EdenPURE® Paradise Climate 2PAC online click below:

Buy the EdenPURE® Paradise Climate 2PAC NOW
Use left/right arrows to navigate the slideshow or swipe left/right if using a mobile device
ORDER BY PHONE: 800-360-1070