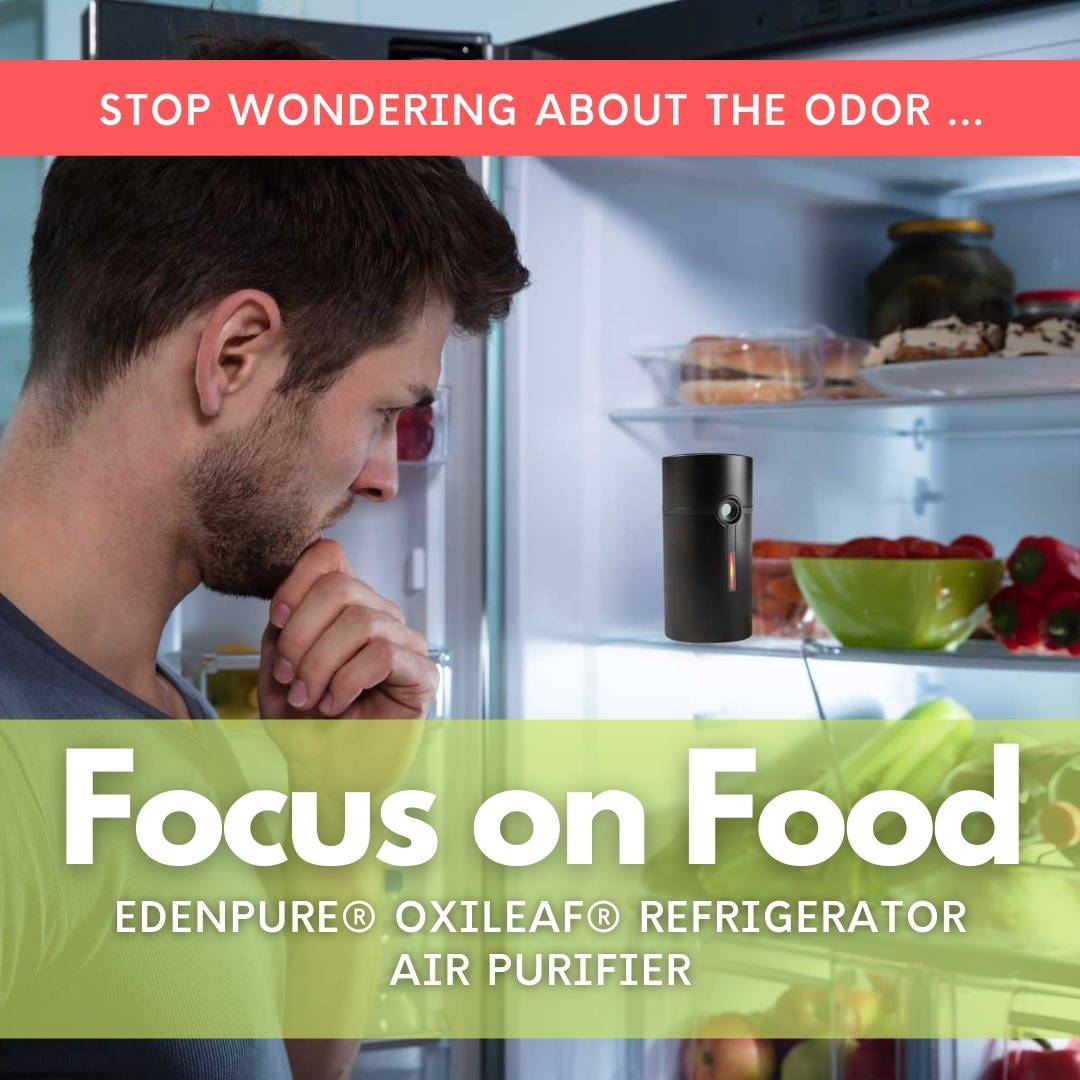 Kills bacteria and viruses lingering in your refrigerator. 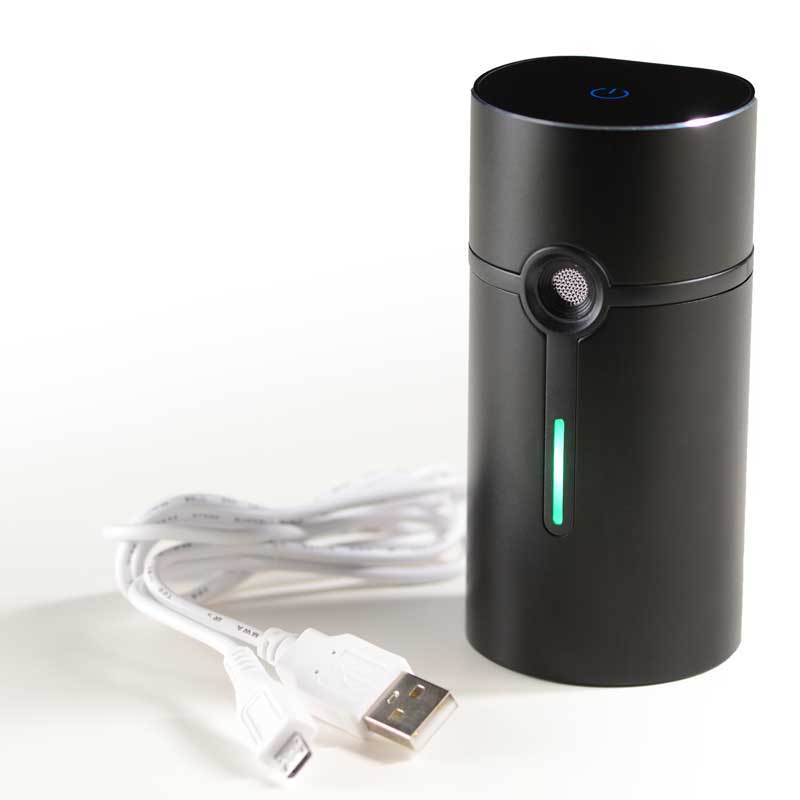 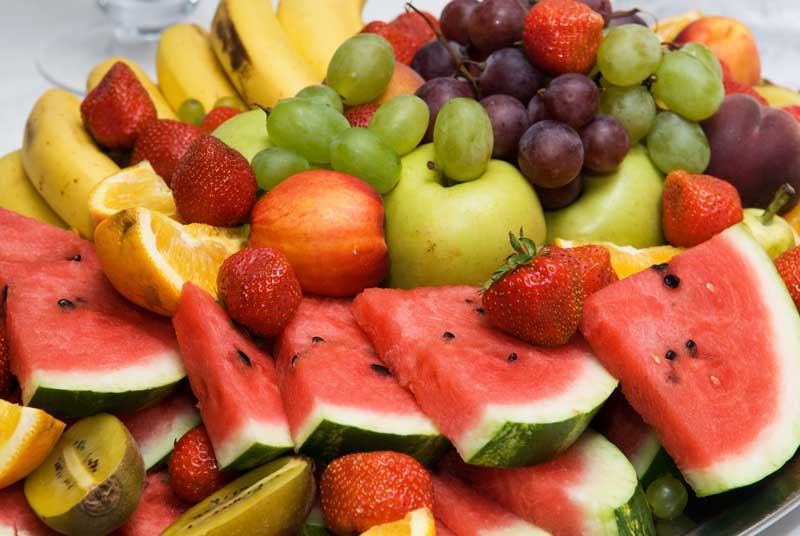 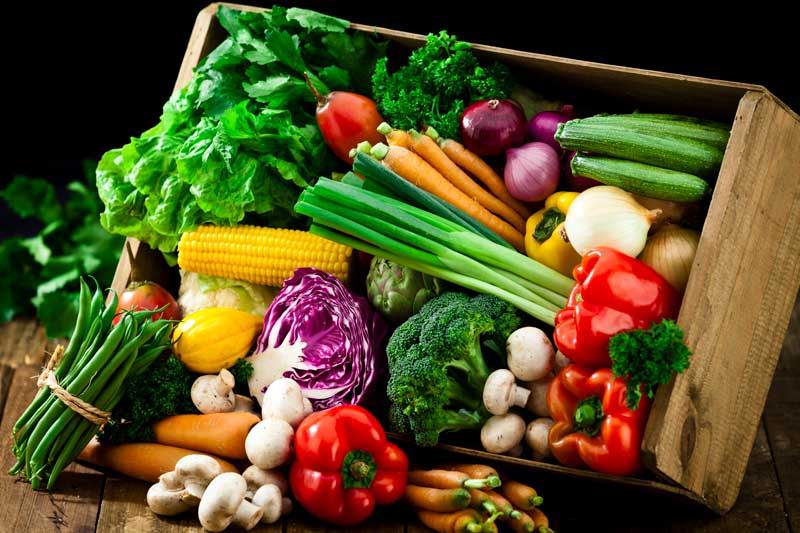 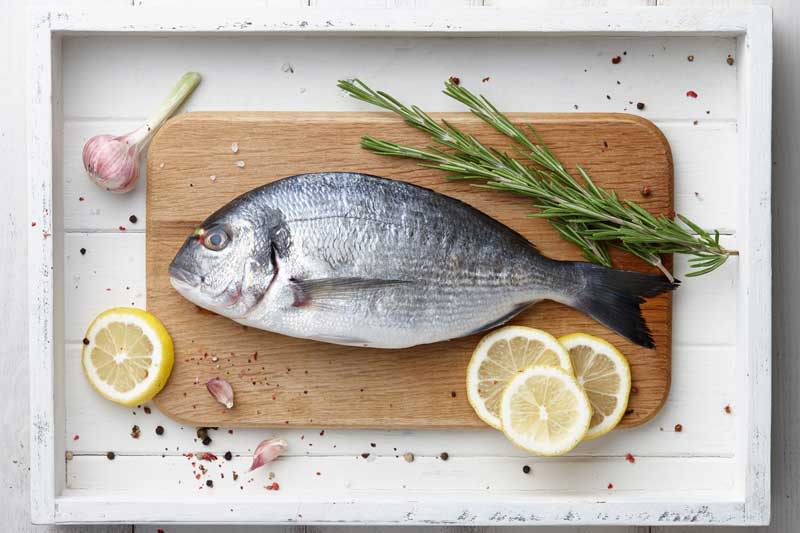 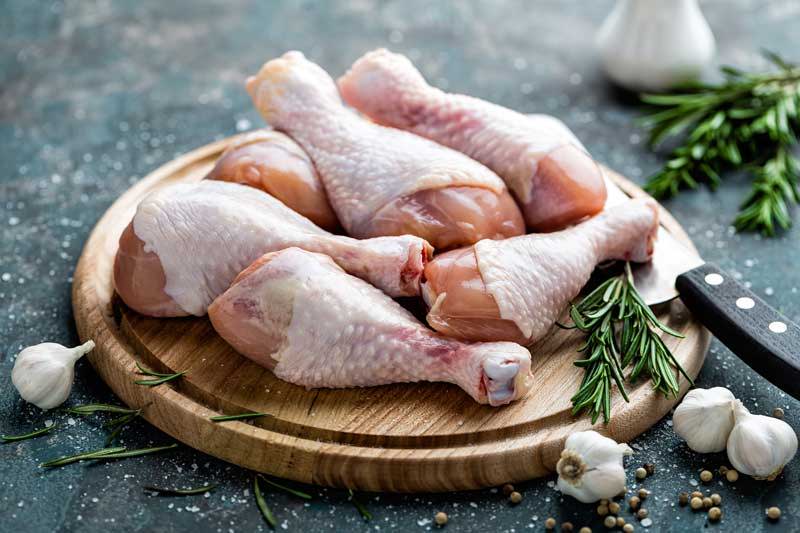 The all new EdenPURE® OxiLeaf® Refrigerator Air Purifier is a must-have for every serious cook, homemaker and family 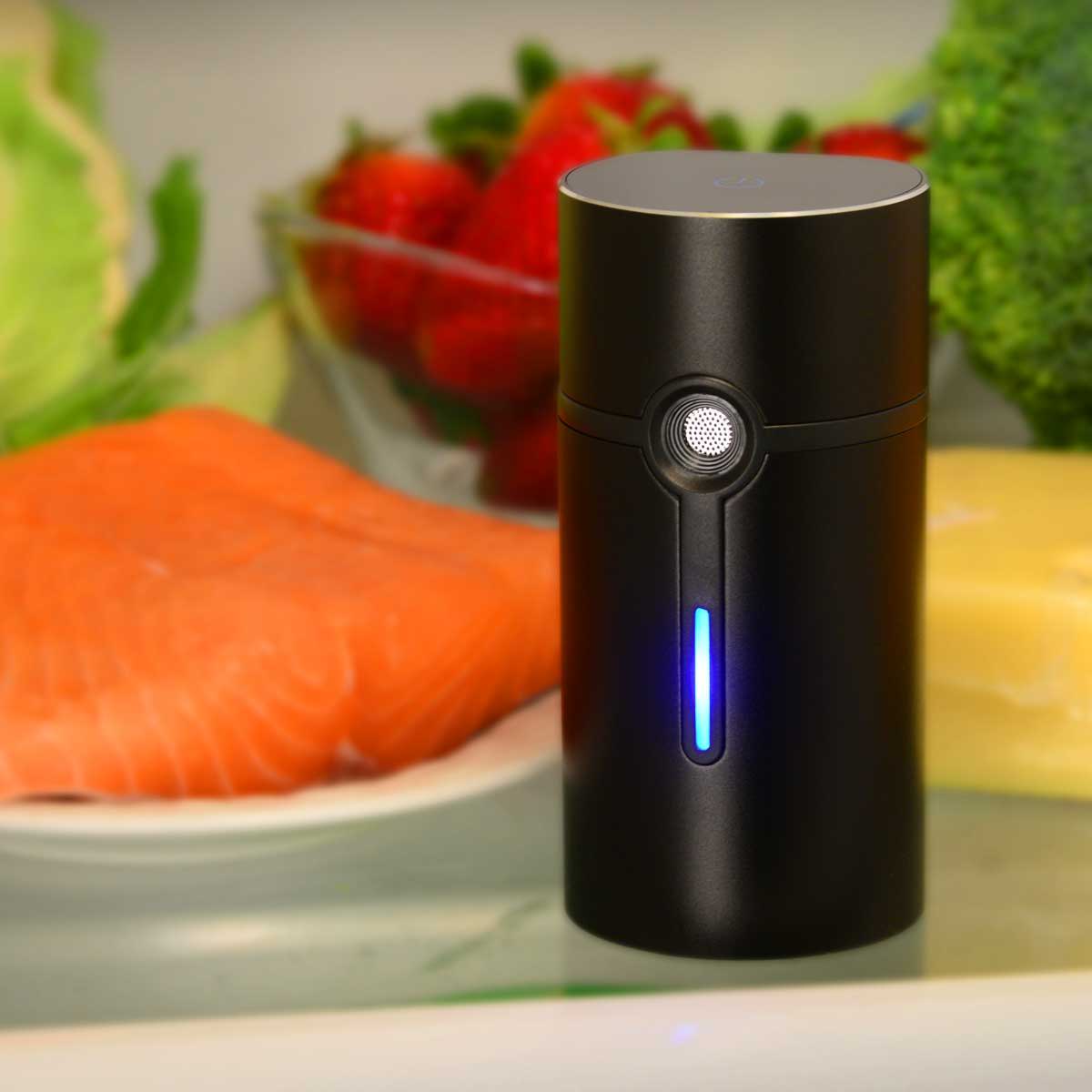 How does the OxiLeaf® Refrigerator Air Purifier work?

The EdenPURE® Oxileaf® Refrigerator Air Purifier produces ions, which restore the air to a healthy state. Nature produces these ions in large doses during a thunderstorm. That's why the air is energized and smells so fresh after a thunderstorm. This super-oxygen is the way nature purifies the air.

The EdenPURE® Oxileaf® Refrigerator Air Purifier uses this same ionic technology found in nature to remove pollutants and to naturally purify the air. It removes all odors including fish, chicken, and prepared food smells. It also purifies the air in your refrigerator to remove pollutants from fertilizers.  It kills bacteria that may be growing on the surface of your foods.  It kills the mold causing germs that attack your fruits, like strawberries, making them last and stay fresh longer.

The EdenPURE® Oxileaf® Refrigerator Air Purifier removes odors better than anything else on the market.  It far surpasses the use of an open box of baking soda. It can be used not only in your refrigerator, but in any small area like cupboards, pantry, closets, shoe racks, laundry room and more. It will also totally remove odors and restore the air in automobiles and RVs, and it's perfect for travel. It's made with proven micro-electronic technology, so its no larger than a can of soda pop.

You simply turn it on and forget about it!

Let's get a little scientific!

The Oxileaf® Refrigerator Air Purifier produces super-oxygen molecules, or ozone.  Ozone is considered an unstable molecule.  Oxygen is O2. Ozone is O3.  You see, the difference is 1 oxygen atom.  This 1 oxygen atom wants to be connected to another atom therefore it goes out and "attacks" other unstable molecules.  This includes things like bacteria, viruses and germs.  It also includes air particles like odors, smells, smoke from barbecue, chemicals, etc.

When this powerful oxygen atom attacks or connects with any of these other molecules, their structure changes thereby cleaning, breaking-down or "killing" them.

The Oxileaf® Refrigerator Air Purifier comes with two settings to increase or decrease the super-oxygen output.  Have a dirty room, turn it up.  Have a clean room, turn it down or off until it is needed.  Too much super-oxygen can leave a smell - this is an indication to set your unit to low or standby.

It’s smaller than a drink can so takes up barely any space in your fridge and can go in your closet, cupboards and your pantry to get rid of bad odors

You will save money and time, while saving on gas because you’re not constantly making additional trips to the grocery store to replace your spoiled food.

And you can even use it in your closet, cupboards, older storage boxes and your pantry.

From this point forward, every time you remove something from your refrigerator it is guaranteed to be fresh, safe and amazingly good! The benefits of the new EdenPURE® OxiLeaf® Refrigerator Air Purifier are endless. 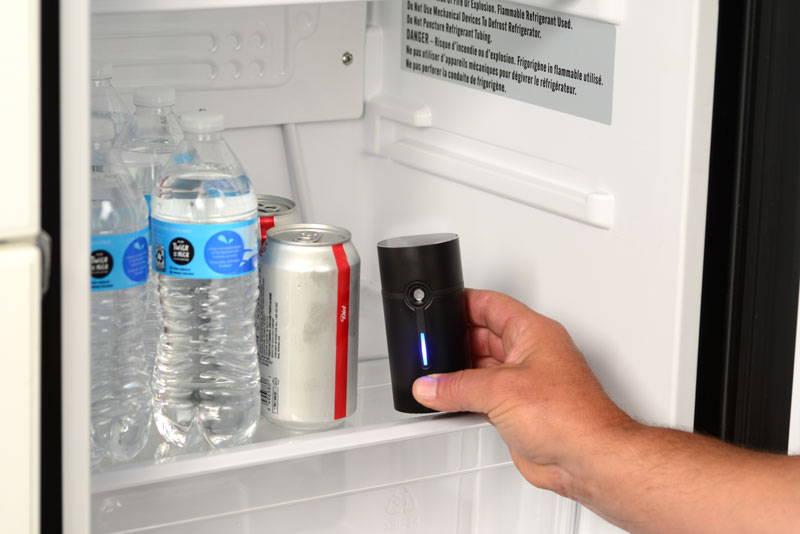 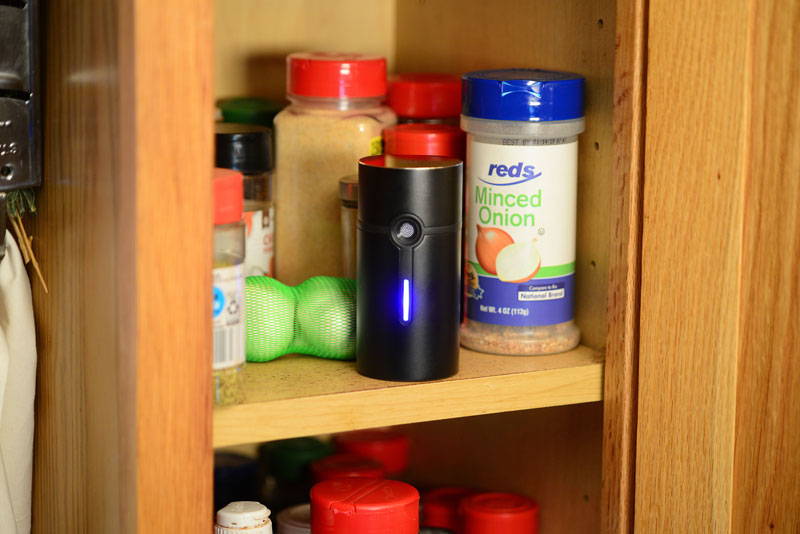 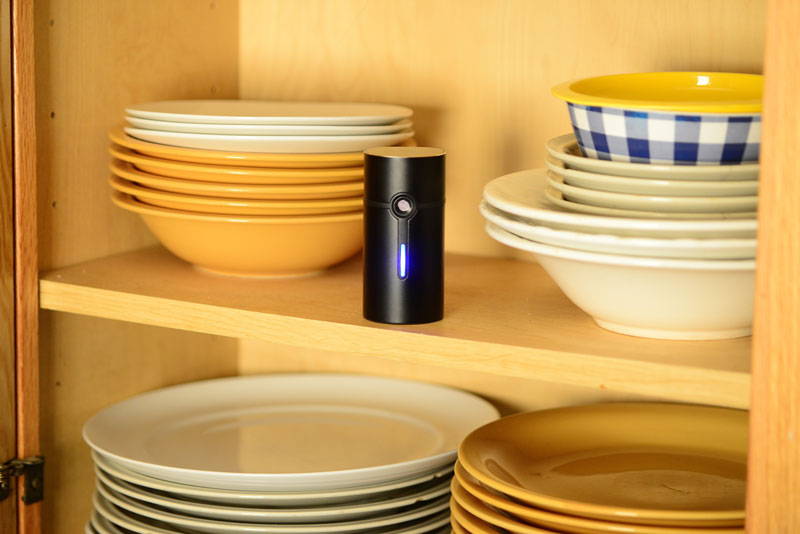 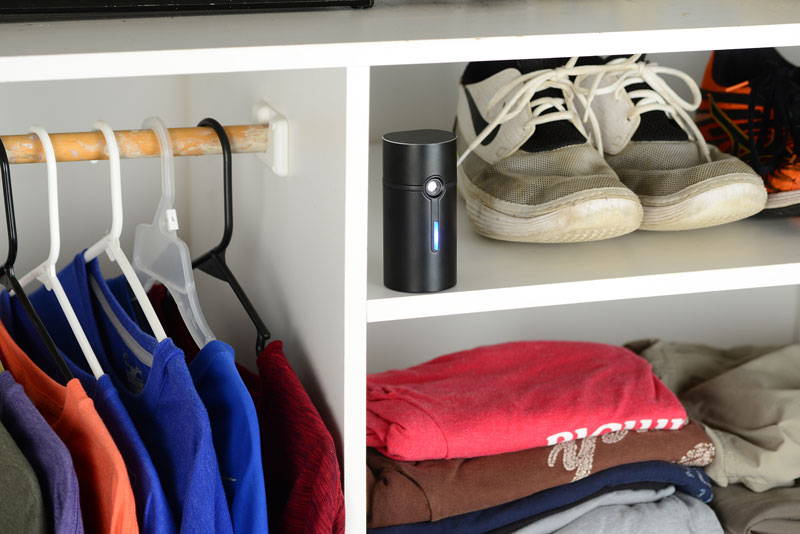