The power of science in nature now available for your home. 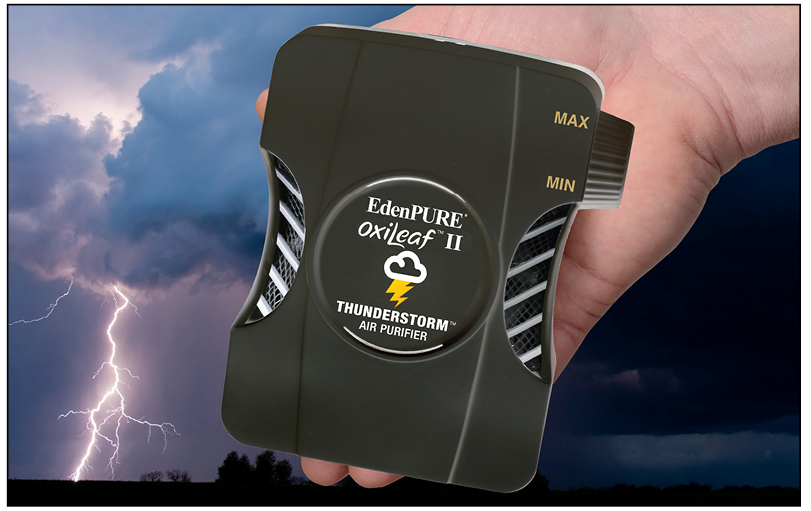 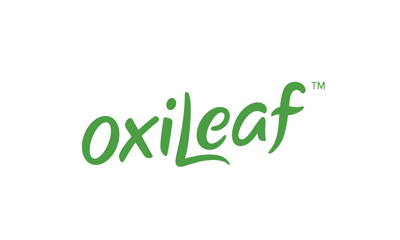 Chemicals, perfumes and most air purifiers do a great job of masking smells. But why just cover up odors when you can get rid of their sources?

EdenPURE® OxiLeaf II™ works with proven Oxi-Technology to quickly destroy the worst odors. It freshens, energizes and purifies the air you breathe. It can even kill germs from contaminated surfaces we touch. OxiLeaf is the only way to naturally and effectively REMOVE odors while creating pure, oxygen-rich air.

WHY JUST MASK ODORS WITH CHEMICALS AND PURIFIERS THAT DON'T DESTROY THE SOURCE OF SMELLS?

Did you know? Many air purifiers don't kill the MOST DANGEROUS pollutants in your home.

New studies have found that spring and summer indoor air pollution is the worst of the year. This is mostly due to the fact that air conditioners create condensation in ductwork. This damp environment breeds bacteria, viruses and mold continuously. All this can cause serious illness and even death, especially black mold which puts deadly spores into the air we breathe. Mold also contributes to allergies and asthma.

The best HEPA filters vary in size from tabletop units weighing 5 to 10 lbs. to top rated HEPA weighing 30 to 40 lbs. and have a have a noise level of up to 80 decibels, which is about that of a leaf blower. The new high-tech EdenPURE® OxiLeaf II™ fits in the palm of your hand and runs almost silent. It purifies the air much better than all of those outdated purifiers. 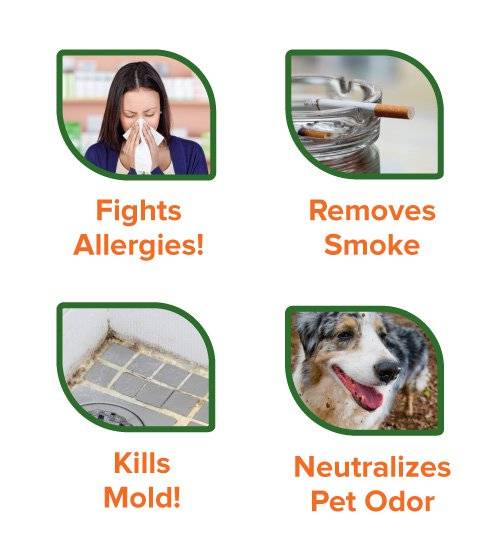 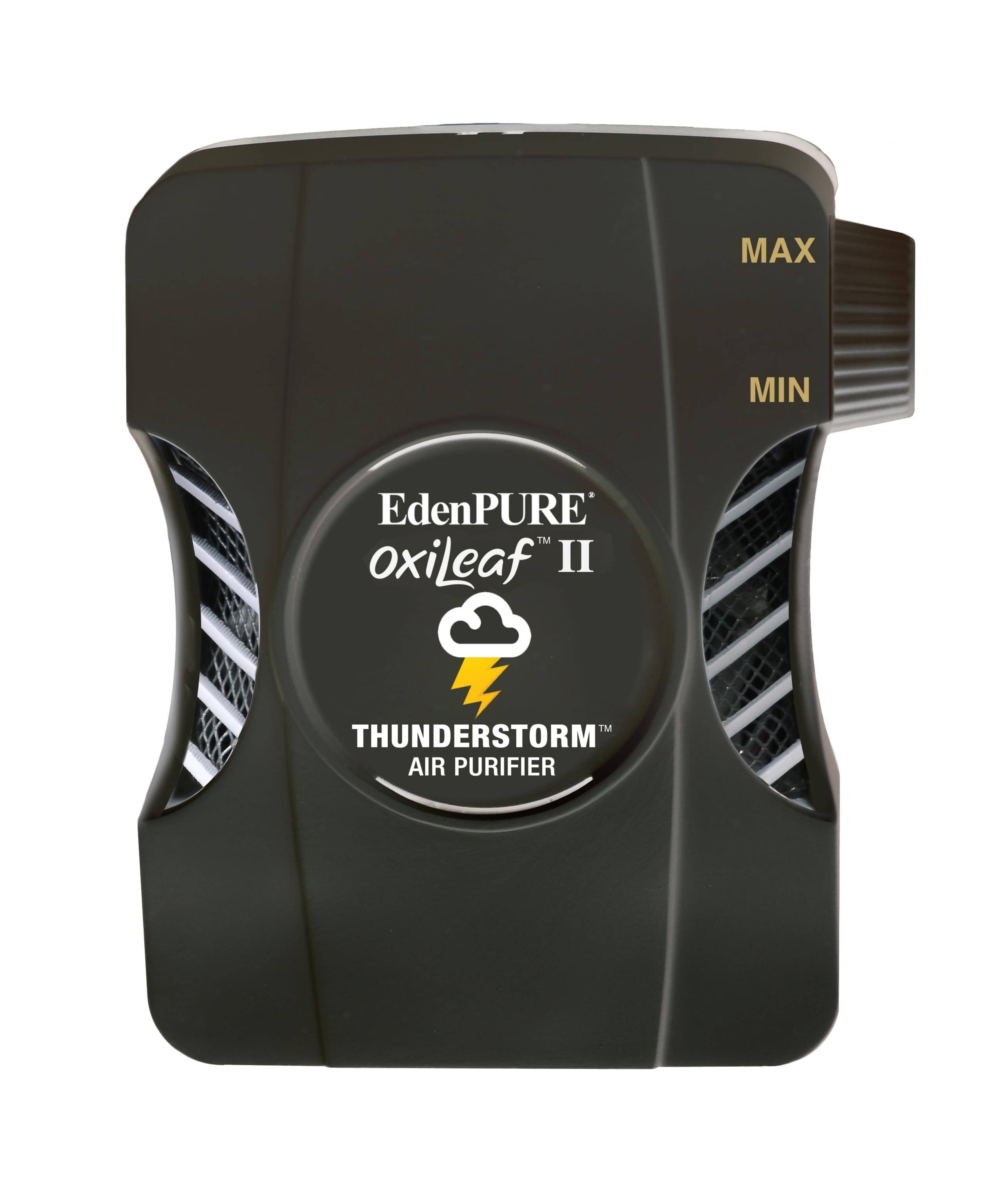 See What our Customers say about OxiLeaf II

The EdenPURE® Oxi­Leaf II™ produces ions, which restore the air to a healthy state. Nature produces these ions in large doses during a thunderstorm. That's why the air is energized and smells so fresh after a thunderstorm. This super-oxygen is the way nature purifies the air.

Most air purifiers require the air to be brought to the unit. But the worst air never comes to the unit. The micro-sized EdenPURE® OxiLeaf II™ produces and sends out super-oxygen molecules that attack all pollutants in every square inch of an area, including behind objects. These super-oxygen molecules act as deadly missiles that destroy up to 99.9% of air pollutants and turn them into harmless vapor and ash. No matter where the pollution is, it cannot hide from these super-oxygen missiles, including surfaces.

The EdenPURE® Oxi­Leaf II™ removes odors better than anything else on the market. It can be used to wipe out odors from gym bags, cars, pet areas, stinky shoes, closets, musty basements, worst cooking odors. It also removes smoke and dust. The EdenPURE® Oxi­Leaf II™ will totally restore the air in a musty basement, attic, bathroom or kitchen. It will also totally remove odors and restore the air in automobiles and RVs, and it's perfect for travel. It's made with proven micro-electronic technology, so it fits in the palm of your hand.

A good HEPA room air purifier averages $400 in cost, and the best rated Whole House HEPA and static air purifiers can cost over $1,500.00.

You simply plug it into an electrical outlet and forget about it!

SAVE BIG WHEN YOU
GET MORE THAN ONE!

Take advantage of our Buy More, Save More today and get some great savings on nature's own air purification system! You can even save on shipping too! 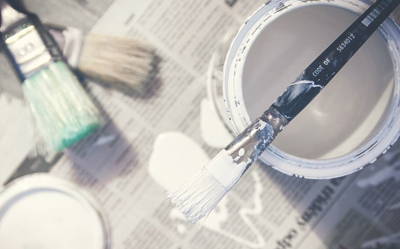 Through the oxidative power, OxiLeaf II helps reduce the chemical byproducts like VOCs and glues that go hand-in-hand with remodeling work like painting, new cabinetry, new flooring and much more. 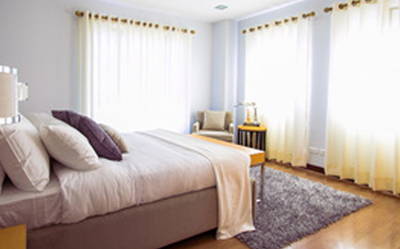 Pull the sheets back to expose the bare mattress. Put an OxiLeaf II under a tent made of a sheet over pillows. The effect can be dramatic! Sanitize as often as you want to remove odors from your room. 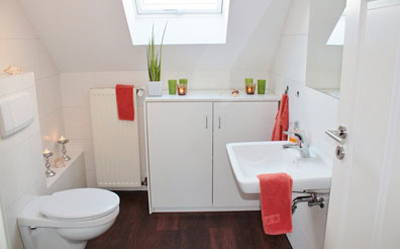 Bathrooms tend to get musty and potentially even moldy due to moist conditions. Run OxiLeaf II full-time to keep your bathroom fresh and to control mold and bacteria. 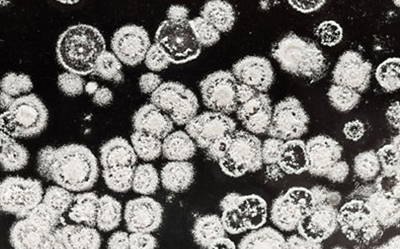 Place an OxiLeaf II in the center of your basement. In large basements with stagnant air, add a fan. Once the mold smell is gone, run an OxiLeaf II to prevent future mold growth. 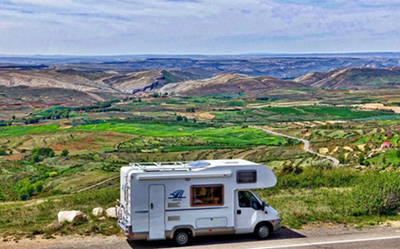 Goes Where You Do

Travelling? Bring OxiLeaf II with you to ensure a clean-smelling hotel room, free of smoke and other odors. And don't forget to leave an OxiLeaf II running at home while you're gone so you can come back to a fresh, revitalized home. 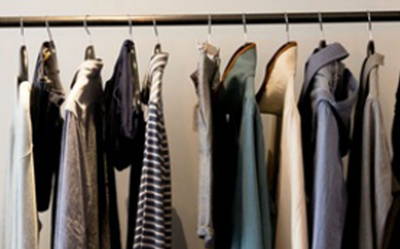 Hang unwrapped clothing in closet or small room. Treat with the full power of OxiLeaf II. Set OxiLeaf II inside your closet (extension cord may be required) to get rid of bacteria and odors. 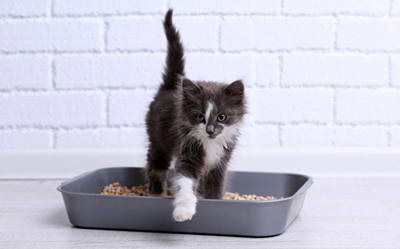 Reduce or eliminate unwanted pet smells with OxiLeaf II. To treat a carpet accident, build a tent with a towel or box and run OxiLeaf II underneath. To control cat box odors, plug in anOxiLeaf II nearby to sanitize and freshen the area. 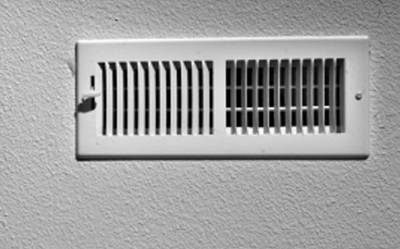 Place an OxiLeaf II directly in front of your return air intake. Set fan to ON for 12 hours or longer. If you leave for a weekend, do this while you are away. Think of this as a quick and easy home ventilation system. 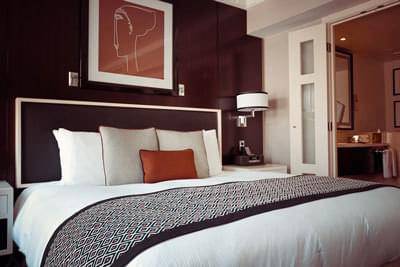 Never Travel Without It

"I absolutely love my OxiLeaf and will never travel without it. During my last business trip to Atlanta I stayed in what should have been a non-smoking room. As someone who is highly allergic to smoke I knew someone had smoked in that room due to the reaction I was having. I quickly remembered I had just received my OxiLeaf. I was a little pessimistic that it would work as I have tried so many other things and have always been disappointed. My husband and I decided to plug it in and go get dinner. To my surprise when we got back about 45 minutes later the room smelled fresh and clean. I couldn’t believe that the smoke smell was completely gone. Both my husband and I had the best sleep we’ve had in years and we didn’t wake up with any allergies like we normally do. I would highly recommend the OxiLeaf to anyone that suffers from allergies as I do or for those sensitive to smells. I know what I will be getting my family as gifts." 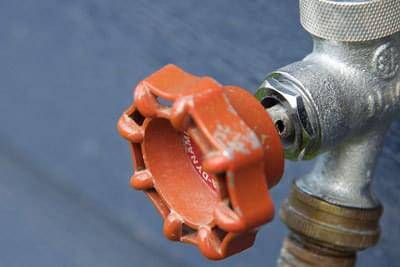 "My wife and I have always been conscious of air quality. When we heard about the OxiLeaf Air Purifiers we bought two, one for our bedroom and one for my home office. The day I got the OxiLeaf we had plumbers working on a sewer pipe in our basement. We had a lot of sewer gas in the bathroom so I plugged in an OxiLeaf. Within a short time the smell was gone! Unbelievable! It’s incredible the amount of ozone that one OxiLeaf puts out. Our home smells fresh and clean! We also really like fact they are small enough to stick into a suitcase to travel with. Another great product making a HAPPY customer!"

Take advantage of our

Get GREAT SAVINGS on Nature's Own Air Purification system. You can even save on shipping too!

Save $171.00 when you pick up more than one OxiLeaf II home air purifier special

Choose the deal right for you. But remember if youBuy More, you Save MORE!